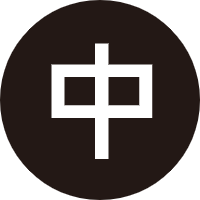 The moon cake is round, which symbolizes reunion and implies happy reunion. Bai reflects people's good wishes for family reunion.

It is said that eating moon Zhi cakes on the mid autumn festival began in Yuan Dynasty. At that time, the vast majority of the people in the Central Plains could
not bear the cruel rule of the ruling class of the Yuan Dynasty and revolted against the Yuan Dynasty.

Zhu Yuanzhang united with all kinds of resistance forces to prepare for the uprising. However, the officers and soldiers of the court searched closely and it was
very difficult to transmit information.

Liu Bowen, a military strategist, came up with a plan. He ordered his subordinates to hide the notes containing the "August 15 night uprising" into the cakes,
and then sent people to send them to the uprising armies in different places,

Soon, Xu Da captured the Yuan Dadu and the uprising was successful. When the news came, Zhu Yuanzhang was so happy that he quickly gave his oral instructions
that in the coming Mid Autumn Festival,

Let all the officers and men enjoy themselves with the people, and reward the ministers with the "moon cake" which secretly transmits information when they
started the army. Since then, the production of "moon cakes" has become more and more sophisticated, with more varieties.

After the Mid Autumn Festival, the custom of eating moon cakes spread among the people.

The moon cake, which means reunion, should have started in the Ming Dynasty. If we synthesize the information about moon cakes and the folk customs of the
Mid Autumn Festival in Ming Dynasty, we can see the historical track of the reunion of moon cakes

How to remove the bathtub manhole

The use of the bathtub is very common, especially now many family owners want to take a hot bath. If there is a bathtub in the home, it will be particularly convenient. In the process of using the bathtub,

We are attending the New York exhibition

We are attending the New York exhibition on January 2,2020,welcome to our showroom

Our pure acrylic bathtub PB1010 was adopted by Pierre 27 in Toronto, Canada.